Verification
MARKED AS
Working
Not Working!
0
Working!
1
LAST VERIFICATION
Working 3 months ago
by

You will not be surprised for the fact that Baneto wow bot is back in action and i said yes! Working with a new LUA Unlocker for Windows 11 also If you are MacOS user then it is already working on Tinkr unlocker.

Getting excited? You should be, the baneto wow bot is back to stay as it gets the Windows LUA Unlocker working that is called NoName Advanced (there is the NoName Basic but that is only for rotations bot) and it is very simple to use.

We saw the Tinkr MacOS lua unlocker for WoW but not many people want to use Baneto on MacOS but it does have the best security as such due to warden not having as much power to do scans as it is rumored macOS has very limited privileges.

There you are with a very easy to use wow bot and your character while it is farming in a pvp contested area starts getting ganked by someone while farming, but wait- it actually fights back and defeats this opponent.

This has been a humorous to see bots of all sorts for mmo's like wow and even d2r that people will try and grief the user via pvp because they think they're a bot and with the baneto bot having very good combat routines you can even request a custom rotations routine to do pvp just as you would normally play and the results are very OP. Auto kick, auto silence, auto stun lock, gouge and much more.

That is just the PvP Side of Baneto, there is the Questing side for leveling and grinding as well as the gathering and instance farming for making gold and very much a good amount of gold. On average in TBC Classic you would make back the costs of the baneto bot and the wow lua unlocker NoName Advanced in just under a week if you are doing power leveling or boosting services or just selling your wow gold being farmed too. 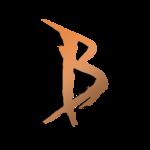